Alcohol use and misuse is a leading cause of preventable death in the United States. Alcohol servers may help prevent alcohol-impaired car accidents and other harms by discouraging overconsumption by patrons. Responsible beverage service (RBS) training is designed to improve serving behavior, especially by avoiding selling too many drinks to a patron, refusing sales to intoxicated patrons, and properly checking identification to prevent sales to minors. Positive evaluations of RBS programs have been reported, yet online technologies hold promise for improving training quality, fidelity, cost, and uptake.

In a recent publication in the Journal of Studies on Alcohol and Drugs, researchers led by Klein Buendel (KB) Senior Scientist, Dr. W. Gill Woodall, reported the results of a randomized trial of the media-rich, interactive web-based WayToServe® (WTS) RBS training. The study hypothesized that servers who completed the WTS training would refuse alcohol service to apparently-intoxicated patrons at significantly higher rates compared with servers who completed the usual and customary (UC) live training.

In the study, alcohol-serving establishments (such as bars) in New Mexico were randomly assigned to receive WTS training (n=154) or the UC live training (n=155). Establishments were assessed before training, immediately after training, at six months after training, and at one year after training with a pseudo-intoxicated patron protocol (in which buyers were trained to enacting documented behavioral signs of intoxication) to assess premise alcohol service during early to mid-evening hours. The primary outcome variable for the assessment was the proportion of apparently-intoxicated buyers who were refused alcohol service.

Results indicated significantly higher refusal rates for WTS than for UC premises at the immediate (WTS=68% vs. UC=49%) and the one-year post-training assessment points (WTS=68% vs. UC=58%), but not at the six-month post-training assessment (WTS=69% vs. UC=64%). Results also indicated that younger pseudo-patrons were consistently refused more often than older pseudo-patrons. The study concluded that RBS training can be delivered online, broadening the scale of distribution and making it a potentially more cost-effective way to reach alcohol servers with effective and beneficial RBS training.

A full description of the methods, results, and limitations of this study, as well as commentaries by Buvik & Rossow (2018) and Miller (2018), and an author response, can be found in the Journal of Studies on Alcohol and Drugs.

The research was funded by the National Institute on Alcohol Abuse and Alcoholism (AA014982; W. Gill Woodall, Principal Investigator) at the National Institutes of Health. Collaborators/coauthors includeDr. Randall Starling from the University of New Mexico, Dr. Robert Saltz from the Pacific Institute for Research and Evaluation in California, Dr. David Buller from KB, and Dr. Paula Stranghetta from Paula Stanghetta & Associates, Inc. in Ontario, Canada. KB’s Creative Team produced the WayToServe® web-based training. WayToServe® has been licensed to Wedge Communications LLC for commercial sale and distribution.

To date, ten U.S. states and the District of Columbia (DC) have legalized the use and/or sale of recreational marijuana. Training in responsible sales practices in the alcohol market has reduced sales to minors and, in some cases, intoxicated patrons. Responsible sales practices training could have similar benefits in the recreational marijuana market.

Dr. David Buller, Director of Research at Klein Buendel (KB) presented the results of the implementation and effectiveness trial of Train To Tend at the Annual Meeting and Expo of the American Public Health Association (APHA) in San Diego, California, November 10-14, 2018. APHA’s annual conference is the largest annual gathering of public health professionals with over 12,000 attendees.

In a randomized controlled trial enrolling state-licensed retail recreational marijuana stores (n=225) in Colorado, Oregon, and Washington State, 125 stores were randomly assigned to receive the RMV training. Trainees completed pre- and post-training surveys evaluating usability and effects of the training. A total of 459 cannabis store employees completed the online training in 55 stores in the three states between June 2017 and February 2018. The training improved trainees’ ability to check IDs, their confidence to use the state’s inventory tracking system, and their ability to recognize intoxicated customers. Most trainees found the training to be user-friendly (78.4%), were satisfied with it (68.8%), and would recommend it to another employee (91.1%).

This research was funded by a grant from the National Institute on Drug Abuse at the National Institutes of Health (DA038933; Dr. David Buller, Principal Investigator). APHA presentation collaborators include Dr. Robert Saltz from the Pacific Institute for Research and Evaluation in Oakland, California; and Dr. Gill Woodall, Andrew Grayson, Mary Buller, and Sierra Svendsen from KB. Research details and more results of this study have been reported in an e-publication in the Journal of Public Health Management and Practice. 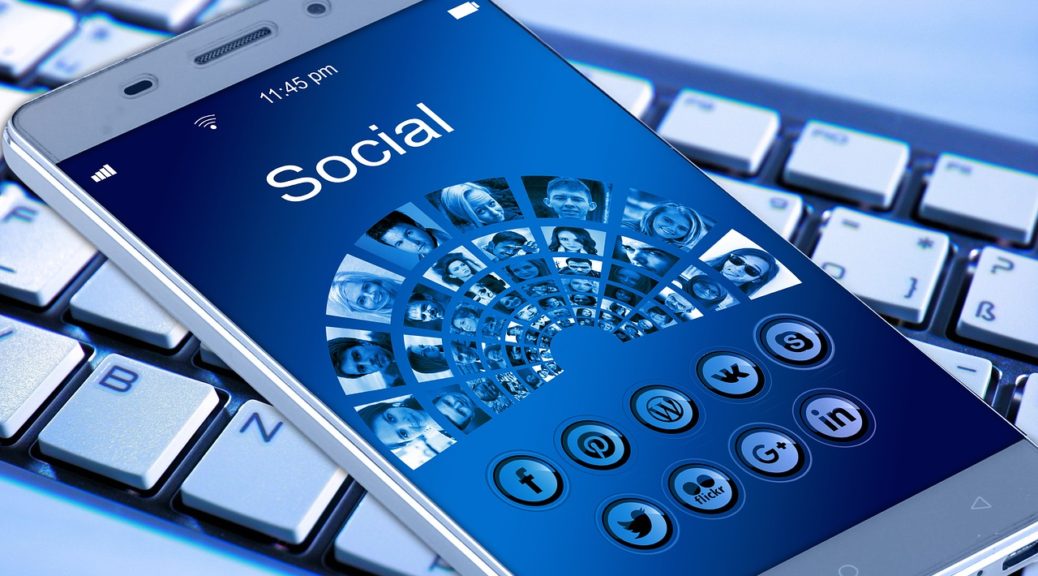 Klein Buendel (KB) Senior Scientist, Dr. Valerie Myers, was an invited presenter at The Colorado Cancer Coalition Annual Symposium held November 8-9, 2018 in Lakewood, Colorado. The mission of the Coalition is to eliminate the burden of cancer in Colorado. This year’s symposium, Elevating Personalized Cancer Care in Colorado, shared updates on innovative cancer care in Colorado and provided education and networking opportunities for professionals who work in cancer prevention, control, treatment, and survivorship.

Dr. Myers spoke about Technology, Social Media and Behavior Change in a session on Using Technology and Social Media to Advance Your Mission. She addressed multiple types of mHealth and eHealth technologies and the research behind their use in implementing health behavior change programs. Using her active research project Caminemos Juntas as an example, she was able to showcase how a smartphone app like Caminemos Juntas can be used to help Latina women overcome barriers to physical activity.

Dr. Myers said, “The benefit of technologies and digital health tools is that they have the capacity to be used in the real world with real people. That is their appeal.” She also stressed the importance of the use of digital technologies saying, “People who normally wouldn’t have access to empirically based and theory driven interventions now have access to them, so it really promotes the ability for scale up. I think this is where individual clinical trial-based health and public health come together really well, because you can translate what’s been done in rigorous trials and get it to the people to see if you can move the needle on these health behaviors.”

In addition to its importance, Dr. Myers said that digital health technologies such as mHealth and eHealth are “the way to get interventions in the hands of people that may never have been exposed to this messaging. If it can reach those individuals who have been neglected traditionally by health intervention and also meet people in a place where they feel comfortable and safe and are ready for change, then that excites me.”

KB scientists and staff have been active members of the Colorado Cancer Coalition and its Skin Cancer Task Force for over a decade. 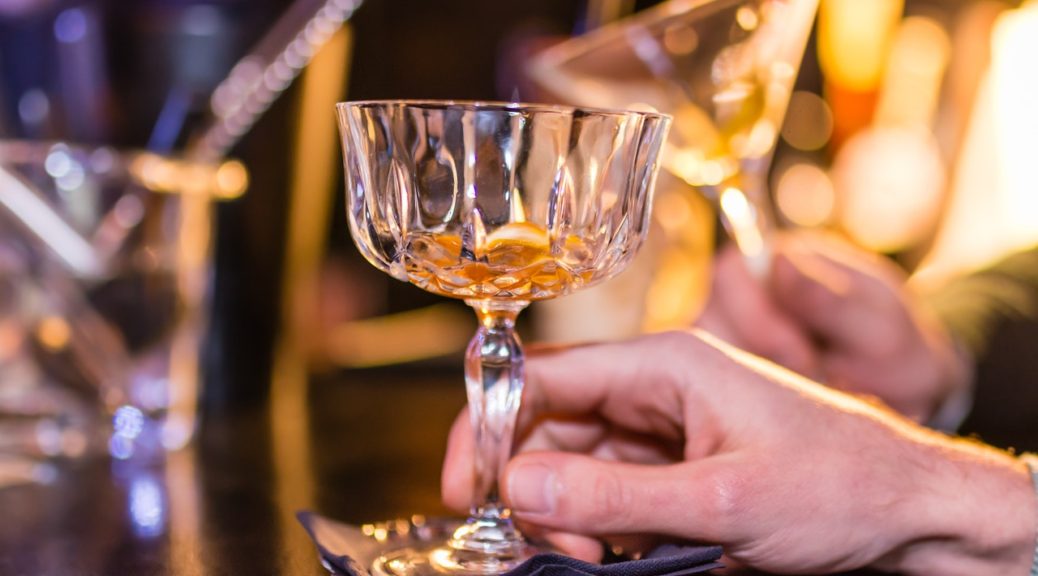 Dr. Brenda Miller from the Pacific Institute for Research and Evaluation (PIRE) gave a presentation at the 9th Conference and Members’ Meeting of the European Society for Prevention Research (EUSPR) in Lisbon, Portugal, October 24-26, 2018. EUSPR “promotes the development of prevention science, and its application to practice so as to promote human health and well-being through high quality research, evidence based interventions, policies, and practices.” The research presented by Dr. Miller was designed and conducted in collaboration with scientists and staff from Klein Buendel (KB).

The study of nightclub patrons and their social drinking groups, tests an intervention called Nightlife Safety Plans (NSP). NSP is designed to reduce escalation of overuse of alcohol and drugs, physical aggression, and sexual aggression during an evening at the club. NSP relies on social groups that arrive at the club together to identify early signs of problems and to take actions to intercede. The actions are: Outreach, Options, and Out.

Data analyzed in this presentation consisted of 352 groups (961 participants) gathered over 41 Friday and Saturday nights at seven different clubs in the Bay Area of California. Data from online surveys, alcohol breath tests, and biological drug tests (post-test only) were gathered at entrance and exit for pre- and post-test assessments of the intervention effects. Biological measures reveal at least one club patron per group was legally intoxicated (Breath Alcohol Concentration—BAC, >.08%) in 60% of groups and at least one patron was positive for drugs in 50% of the groups. Further, at least one club patron per group experienced physical and/or sexual aggression within 40% of the groups.

Results indicated that experimental groups were significantly more likely to intervene with group members, using a significantly higher number of intervention strategies (Outreach, Options, and Out), to assess situations for physical aggression and sexual harassment, and to respond to friends experiencing sexual harassment. Further, experimental groups used significantly more protective strategies to keep group members safe. Reduced levels of alcohol use and intoxication or impairment (BAC > .05), as assessed by breath tests, were found among the groups in the experimental as compared to the control condition.

In summary, groups provide an opportunity to deliver and implement peer-focused safety strategies to enhance safety during the time spent in the club. The research’s focus on clubs also reaches young adults who are working (two-thirds were not in college), whereas many of these types of interventions are targeted toward college students.