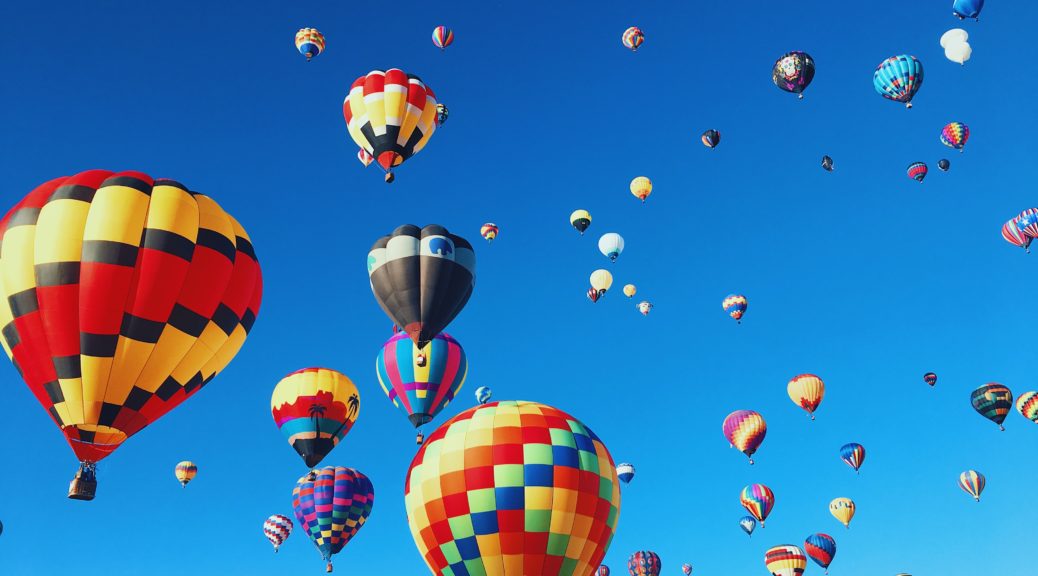 Klein Buendel is pleased to announce the opening of its first satellite location in New Mexico. The new Albuquerque office will house Klein Buendel Senior Scientist Dr. Gill Woodall and a small staff, to conduct multiple health communication and behavior research projects with people in New Mexico and Texas.

The Vacteens project aims to raise the public health profile of human papillomavirus (HPV), increase the need for responsible health services, and examine the cost-effectiveness of risk-based screening to pave the way for the development of new strategies for the prevention of HPV-induced cancers. The objectives of the project are to develop and evaluate a mobile web app to encourage HPV vaccination in New Mexico, an ethnically-diverse state. Current ongoing randomized controlled efficacy trials with parents and their adolescent children in New Mexico clinics provide data to determine the impact of these mobile web apps on informed decision making and uptake for the HPV vaccine. This research was funded by a grant from the National Cancer Institute (CA210125; Dr. W. Gill Woodall, Principal Investigator). Collaborators include Dr. Alberta Kong, Dr. Lance Chilton, and Dr. Tamar Ginossar from the University of New Mexico; Dr. Greg Zimet from Indiana University; and Dr. David Buller from Klein Buendel.

B-SMART is a project aimed at reducing intoxicated driving by people with court-ordered ignition interlock devices (IIDs) through improved communication and support from family members. Using smartphone web app technology, B-SMART teaches coping skills, communication skills, and strategies to help deter Driving While Impaired (DWI). Unique to this intervention are the involvement of family members in supporting the DWI offender to not drink and drive, English and Spanish language options, and the use of smartphone technology to make that support immediate, accessible, and diffusible. The research is funded by the National Institute on Alcohol Abuse and Alcoholism (AA022850; Dr. W. Gill Woodall, Principal Investigator) through the Small Business Innovation Research Program (SBIR). Collaborators include Dr. Barbara McCrady and Dr. Vern Westerberg from the University of New Mexico; Dr. Gary Cutter from Pythagorus, Inc. in Alabama; and Julia Berteletti from Klein Buendel.

WayToServe Espanol: A Culturally-Appropriate Online Responsible Beverage Service Training for Spanish-Speaking Servers is a redesign of WayToServe®, an evidence-based training to promote responsible alcohol beverage service (RBS). WayToServe Espanol was created after discovering current RBS training had not been tailored to address Spanish-speaking populations that represent disproportionately high rates of alcohol-related injury and death in the United States. This project promotes a culturally and linguistically adapted RBS training for Spanish-speaking servers, and changes to organizational and community norms because preventing alcohol-related injury and death is a national priority. This research is funded by the National Institute of Minority Health and Health Disparities at the National Institutes of Health (MD010405; Dr. Gill Woodall, Principal Investigator) through the SBIR. Collaborators include Dr. Victoria Sanchez from the University of New Mexico Health Sciences Center; and Dr. Areli Chacon Silva and Dr. Frank Perez from the University of Texas at El Paso. 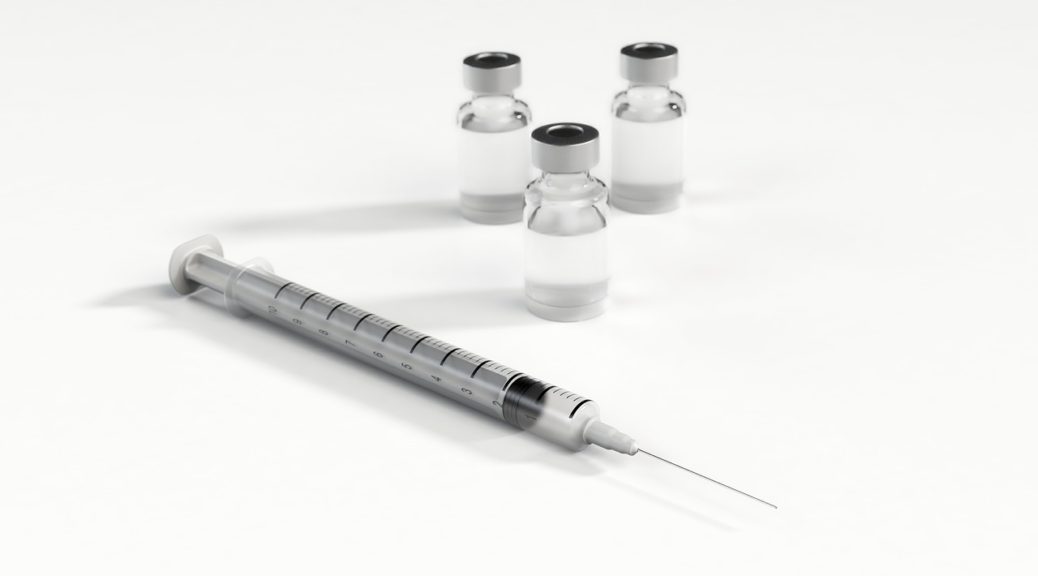 According to the Centers for Disease Control and Prevention, the most common sexually transmitted infection is the human papillomavirus (HPV) but only about half of girls and less than 40% of boys in the United States have received all the recommended doses of the HPV vaccine (1). In a recent e-publication in Human Vaccines and Immunotherapeutics, Klein Buendel Senior Scientists, Dr. David Buller and Barbara Walkosz, and Project Manager, Julia Berteletti, and coauthors provide insights on HPV vaccination in the United States from mothers’ comments on Facebook posts in a randomized trial. The study evaluated responses from mothers of teenage girls living in various U.S. states in relation to HPV vaccine health and related information posted to private groups on Facebook.

A large number of mothers of 14-17-year-old girls joined private groups on Facebook where a variety of health information relevant to adolescent girls was posted daily. Topics included indoor tanning, mother-daughter communication, and HPV vaccinations. Posts discussing HPV vaccination were posted in each of the groups and ranged from didactic messages (e.g., the need for adolescent vaccines, how well HPV vaccines are working to decrease infection rate, number of parents choosing to vaccinate children against HPV, etc.) to narrative posts about women who have died from cervical cancer. Posts also included a link to an article, video, photograph, or an infographic.

Comments by participants were generally more favorable toward HPV vaccination than unfavorable. Mothers’ comments are further described in the journal article.

A strength of the analyses identifying participant pre-existing characteristics before posting the HPV messages on Facebook, therefore being able to show that HPV vaccination was a predictor of commenting behavior with mothers who had not vaccinated their daughters as the unfavorable commenters. It is noted that many of the mothers who did not comment had daughters that were vaccinated for HPV. A possible weakness of the study was that the sample of mothers may have limited generalizability. Authors conclude by stating that the fact that many mothers who had daughters vaccinated against HPV did not comment on the HPV posts could contribute to the idea that opposition to the HPV vaccine is larger than it is in actuality. Authors also suggest that U.S. public health agencies and practitioners need to find ways to dispel myths and provide information on vaccine safety and concerns, including that many mothers choose to vaccinate their daughters against HPV. 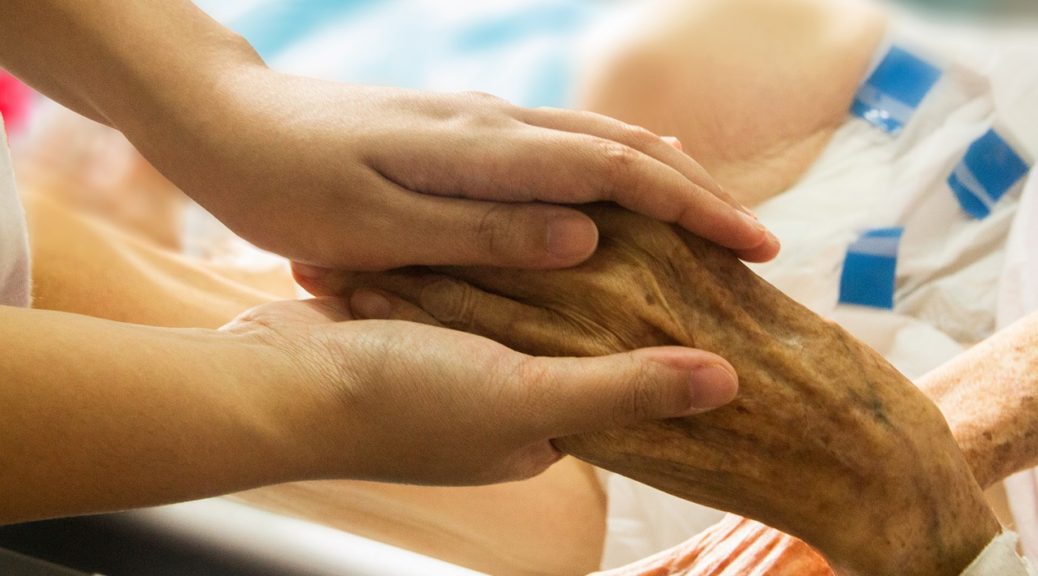 Dr. Susan Loeb from Penn State University presented on the development of computer-based learning modules for caregivers of the aged and dying in prisons at the 31st Annual Scientific Sessions of the Eastern Nursing Research Society (ENRS) held in Providence, RI on April 3-5, 2019. This research is being conducted with Klein Buendel Senior Scientist, Dr. Valerie Myers, a co-author on the presentation.

More men and women are aging and facing end-of-life (EOL) while incarcerated. Early research by this research team found that computer-based training for inmates assisting staff in geriatric and EOL care was feasible. This collaborative team of nurse scientists, small business partners, and the correctional community are working to advance the quality of care provided for those aging and dying in our nations’ correctional institutions. Specifically, the purpose of the research presented at ENRS was to identify inmate peer caregiver training needs, and discover priority content areas and core values for inmate computer-based modules with the help of stakeholders and experts.

Six focus groups were conducted with stakeholders at one men’s and one women’s state correctional institution in a Mid-Atlantic state. Stakeholders included information technology and human resources staff, interdisciplinary front line staff who oversee inmate peer caregivers, and inmate peer caregivers. A content analysis identified content areas and core values. An Advisory Board of experts in EOL and geriatric care, corrections health, and corrections training, suggested combining some of the priority content areas. The resulting priority content areas for the initial Inmates Care modules were Universal Precautions, Role of the Inmate Caregiver in the Final Hours, and Loss and Grief. The core values identified for the inmates training were respect, dignity, and compassion. The next steps of the research project include completing three prototype modules, testing them for usability, and developing a specifications document for technology programming and production congruent with correctional facility security precautions.

This research was funded by a Small Business Technology Transfer (STTR) grant to Klein Buendel from the National Institute on Aging at the National Institutes of Health (AG057239; Dr. Susan Loeb, Principal Investigator) and Dr. Valerie Myers, Co-Investigator. Additional collaborators on the work presented at the conference include Dr. Erin Kitt-Lewis, Dr. Rachel Wion, and Julie Murphy from the Penn State University College of Nursing, and Tiffany Jerrod and Morgan Carter from Klein Buendel. The technology-based modules are being developed by the Creative Team at Klein Buendel.

Currently, Dr. Westerberg is working with Klein Buendel as a collaborating scientist with Dr. Gill Woodall on a project called Smartphone Help for DWI Offenders and Their Families: A B-SMART App. The research is funded by the National Institute on Alcohol Abuse and Alcoholism. Dr. Westerberg is assisting with the creation of a mobile web app to help family members learn ways to support the Driving While Impaired (DWI) offender in their family. The goal is to decrease the offender’s drinking and risk of drinking and driving when an ignition interlock device has been mandated by the courts. The randomized control trial will take place in New Mexico.

In addition to collaborating with Klein Buendel, Dr. Westerberg operates his own business that focuses on program evaluation and research for behavioral health programs that serve primarily less-advantaged populations. He also volunteers as part of a committee at a homeless treatment facility where he advises on the use of data to implement, improve, and assess clinical and medical programs.  He is part of a subcommittee that determines how local city and county government should spend mill levy money to improve and integrate behavioral health services.