Klein Buendel Senior Scientist Dr. W. Gill Woodall presented data on alcohol over-service from the WayToServe-Español project on a panel discussion at the 42nd Annual Scientific Meeting of the Research Society on Alcoholism held in Minneapolis, Minnesota on June 22-26, 2019.

The over-service of alcohol to individuals who show signs of intoxication is problematic for public health because it contributes to drunk driving and alcohol-related injury and death. In addition, little is known about alcohol over-service in premises where business is conducted primarily in Spanish because these alcohol service situations have been understudied.

Dr. Woodall presented data from a baseline assessment of a randomized trial that investigated Responsible Beverage Service (RBS) training in predominately Spanish-speaking premises in Texas and New Mexico. The research provides a unique opportunity to contrast two states and communities with similar populations, but different alcohol policies and practices.

Hispanic confederates were trained to enact evidence-based signs of intoxication while attempting to purchase an alcoholic beverage in Spanish. Over-service was measured using a pseudo-intoxicated patron protocol. Baseline refusal rates were 12% in Texas and 34% in New Mexico. On the panel, Dr. Woodall discussed the implications of these baseline data for RBS training in minority communities and alcohol policy.

This research is funded by the National Institute of Minority Health and Health Disparities at the National Institutes of Health (MD010405; Dr. W. Gill Woodall, Klein Buendel, Principal Investigator). Collaborating co-authors on the presentation included Dr. Robert Saltz from the Pacific Institute for Research and Evaluation, Dr. David Buller from Klein Buendel, Dr. Victoria Sanchez and Dr. Randall Starling from the University of New Mexico, and Dr. Areli Chacon Silva and Dr. Frank Perez from the University of Texas at El Paso. 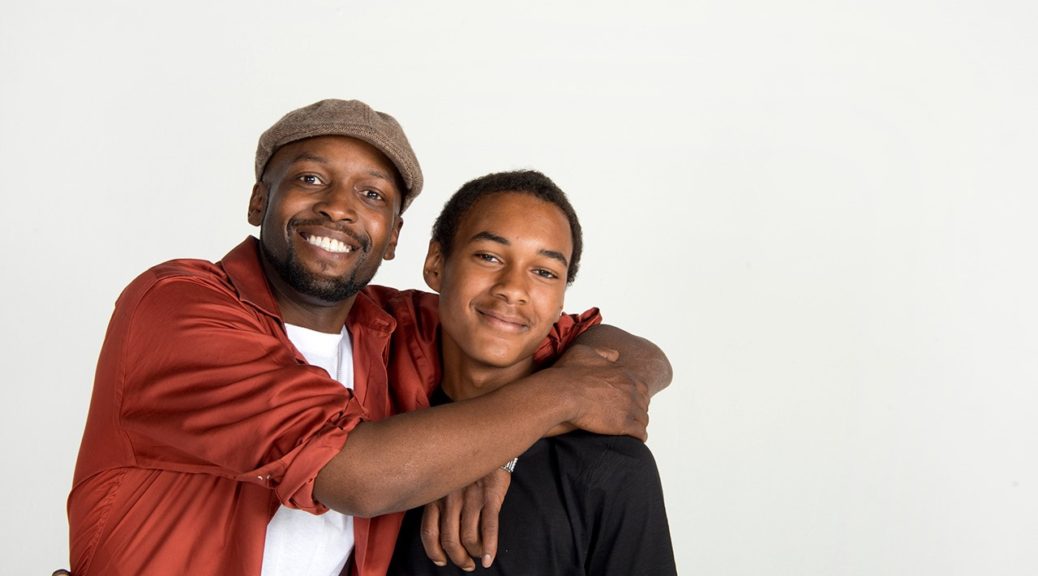 Klein Buendel, Inc. is collaborating with Dr. Michael Hecht and his team at REAL Prevention LLC on a new research project to develop and evaluate Parenting Now, a digitized adaptation of Dr. Robert Turrisi’s parent-based teen alcohol prevention program, the Parent Handbook. The Parent Handbook is one of only two family-based interventions recommended in FACING ADDICTION IN AMERICA: The Surgeon General’s Report on Alcohol, Drugs, and Health.

In this new study, the hard copy/pdf-formatted Parent Handbook, which targets parents of college-bound youth, is being adapted for parents of high school-aged children and being programmed for interactive technology-based delivery. “Parenting Now will give parents in the digital age access to content on the go and at convenient intervals through their multiple and mobile devices,” explained Dr. Michael Hecht, the Parenting Now Project’s Principal Investigator.

The Phase II SBIR research team is (1) developing core Parenting Now modules to address essential topics such as improving communication and parent permissiveness toward adolescent drinking, (2) customizing additional topics to parents’ specific interests, and (3) personalizing the program to parents’ communication styles. “Having both core modules and optional content will allow parents to customize or click through the curriculum, a feature of digital information that makes it more engaging,” said Dr. Hecht. “Parenting Now will personalize the skills to match the parent’s existing communication style, a key feature of engaging technology.”

The research project will conduct a rigorous randomized controlled trial using a nationally-representative sample through GfK Global and an active control condition. The study is evaluating Parenting Now’s effects on youth alcohol use and other substance use (marijuana use, nicotine use, and their combined use with alcohol). Researchers are examining the process of how Parenting Now influences parents’ behaviors and how these in turn influence students’ behaviors. 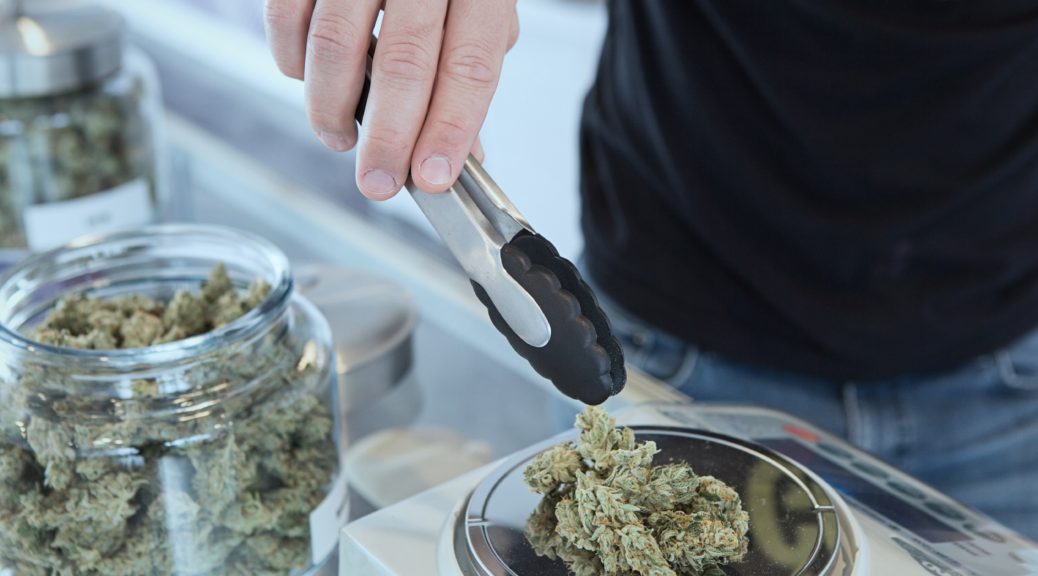 Klein Buendel Senior Scientist, Dr. David Buller presented a poster at the Society for Prevention Research Annual Meeting in San Francisco, California in May. The poster presented insights on whether personnel in recreational marijuana stores refuse sales to buyers who appear to be intoxicated.

Recreational marijuana is sold by state-licensed stores in seven U.S. states. Like alcohol, sales are prohibited to persons younger than age 21 and sometimes to persons who are apparently intoxicated. A sample of 150 licensed retail stores in Colorado, Oregon, and Washington were selected from state regulatory agency lists. A majority of stores sold both recreational and medical marijuana. The sample was stratified between the largest metropolitan area in each state (Denver, Portland, and Seattle) and nearby regions with smaller cities.

Pseudo-patron assessment teams comprised of a ‘buyer’ and an ‘observer’, visited each store once from August to October 2018. Buyers attempted to enter the premises while feigning obvious signs of intoxication (for example: slurred speech, stumbling, dropped change or ID) and attempted to purchase a low-cost cannabis product. Observers recorded whether buyers gained entry and if the clerk offered to sell marijuana (no actual purchases were made).

Refusal rates were rare. Overall, refusal rates were slightly higher in the states of Colorado and Oregon than in Washington. A state law that explicitly prohibited sales in Oregon may have slightly decreased sales there, while refusals in Colorado may be attributed to the wide-scale use of security guards checking IDs at entrances. These high rates of sales to apparently intoxicated customers are a cause for concern, especially in light of research indicating that the combination of alcohol and marijuana intoxication appears to severely impair driver performance.

This research project is funded by a grant from the National Institute on Drug Abuse at the National Institutes of Health (DA038933; Dr. David Buller, Principal Investigator). Additional collaborators include Dr. Robert Saltz from the Pacific Institute for Research and Evaluation in Oakland, California; and Dr. Gill Woodall and Andrew Grayson from Klein Buendel. 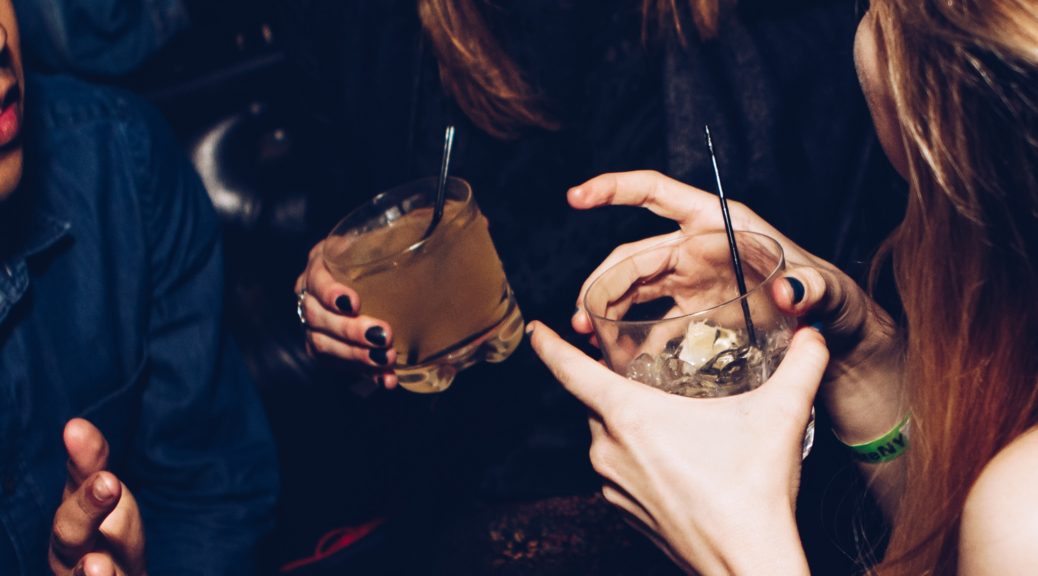 Two Klein Buendel researchers are part of a team that presented two posters at the Society for Prevention Research Annual Meeting in San Francisco in May. Dr. David Buller and Julia Berteletti are part of the Nightlife Safety Plans research team led by Dr. Brenda Miller from the Prevention Research Center at the Pacific Institute for Research and Evaluation (PIRE).

Nightclubs are high-risk settings for overuse of alcohol and other drugs and physical and sexual aggression among young adults. Nightlife Safety Plans (NSP) is a group-based, tablet app-delivered intervention designed for patrons arriving together. NSP addresses these unwanted outcomes and encourages social groups to recognize early indicators of risk. Actions steps are provided via tablet app to de-escalate the situation.

The first poster examined the influence of social group gender composition on alcohol outcomes and on the effectiveness of the NSP intervention across different group compositions (all-female, all-male, mixed gender). The sample included 959 nightclub patrons who formed 359 groups recruited from seven clubs, across 41 different events. Less than half of the participants were female and the average age was 26. All data was collected anonymously.

Outcome variables included overall number of the group’s safety actions taken to keep group members safe, the highest number of safety actions by any single group member, and breath alcohol concentration (BAC) at exit.  Mixed model regressions examined the main effect of group composition and its interaction with the intervention as a predictor of outcomes after controlling for individual and group characteristics. Those in the intervention condition reported higher numbers of safety actions by any single member in all female groups and mixed gender groups, but not in all-male groups. There were no significant interactions for intervention status by group composition for either BAC at exit or the number of group actions taken as assessed by the overall group.  This poster was first-authored and presented by Dr. Brenda Miller from PIRE.

The second poster examined the hypothesis that club patrons who perceive greater cohesion in their group implement fewer protective strategies and use higher levels of alcohol and other drugs. Could being part of a more cohesive peer drinking group lead to a false sense of security and letting down one’s guard, which could lead to more risk taking? The sample included 815 nightclub patrons in the San Francisco area, arriving in 324 distinct groups, from seven clubs hosting electronic music dance events across 30 different evenings. Less than half of the participants were female and the average age was 27. Club patrons were surveyed anonymously and completed breath tests as they entered and exited clubs. Oral fluid samples at exit assessed drug use.

Patrons reported perceived cohesion with their group members (for example, people in the group are willing to help each other), as well as use of actions to keep oneself safe, actions to keep group members safe, and actions in response to group alcohol and other drug problems. Mixed model regressions examined group cohesion as a predictor after controlling for individual and group characteristics, and past 30-day drinking/drug use at clubs. Findings partially confirm the hypothesis. Patrons who perceived greater group cohesion engaged in fewer preventive strategies to keep themselves and their group safe during the night and those who perceived greater group cohesion implemented fewer actions in response to group AOD problems. This poster was first-authored and presented by Dr. Hilary Byrnes from PIRE.