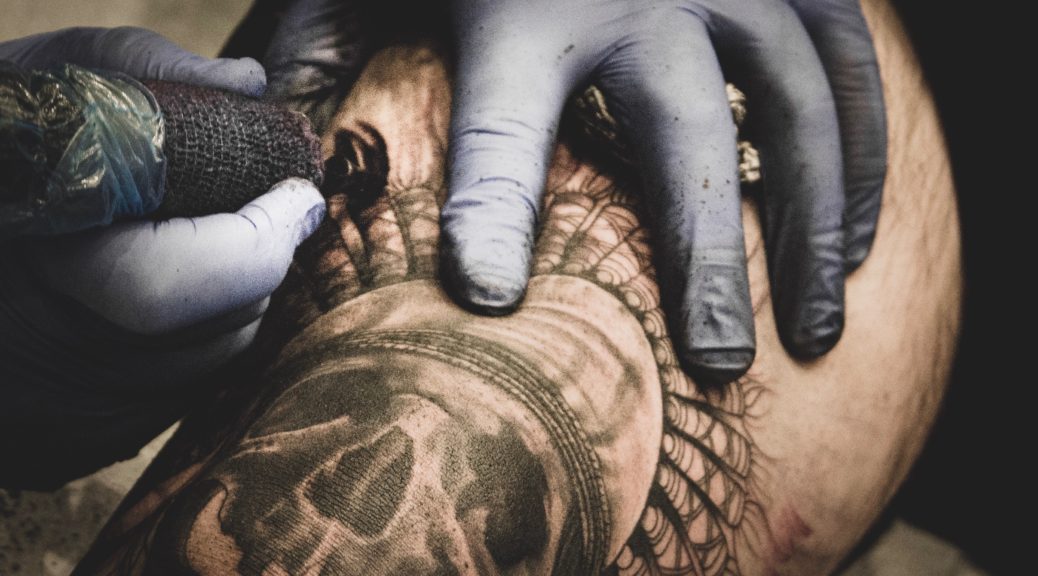 Skin cancer is increasing in the Hispanic population and there is a public health need for campaigns to target this often-underrepresented population. In a recent publication in The Journal of Drugs in Dermatology (JDD), authors from the University of Colorado School of Medicine and Klein Buendel examine how Hispanic tattoo artists can serve as skin cancer prevention advocates for the Hispanic population. JDD also released a podcast with the authors about the study earlier this month.

Data analysis indicated that a most of the artists had a large percentage of Hispanic clients and repeat customers. All artists also had some level of skin cancer knowledge, though not extensive enough to provide basic sun protection tips in their regular tattoo aftercare instructions to clients (such as what specific Sun Protection Factor to use, when to reapply sunscreen, and the use of cover up clothing). Despite this, all artists were enthusiastic about providing sun safety messages on their social media pages and would be willing to partake in some level of skin cancer prevention training and education in the future.

With lengthy tattoo sessions and repeat clientele, Hispanic tattoo artists could serve as beneficial influencers in the early detection of skin cancers in the Hispanic population. Researchers concluded that by providing comprehensive full-body sun protection information to their clients through tattoo aftercare instructions, alerting clients to suspicious moles, and using social media messages, Hispanic tattoo artists could have a big impact on their clients’ skin health. The study’s complete analysis and discussion can be found in the publication. 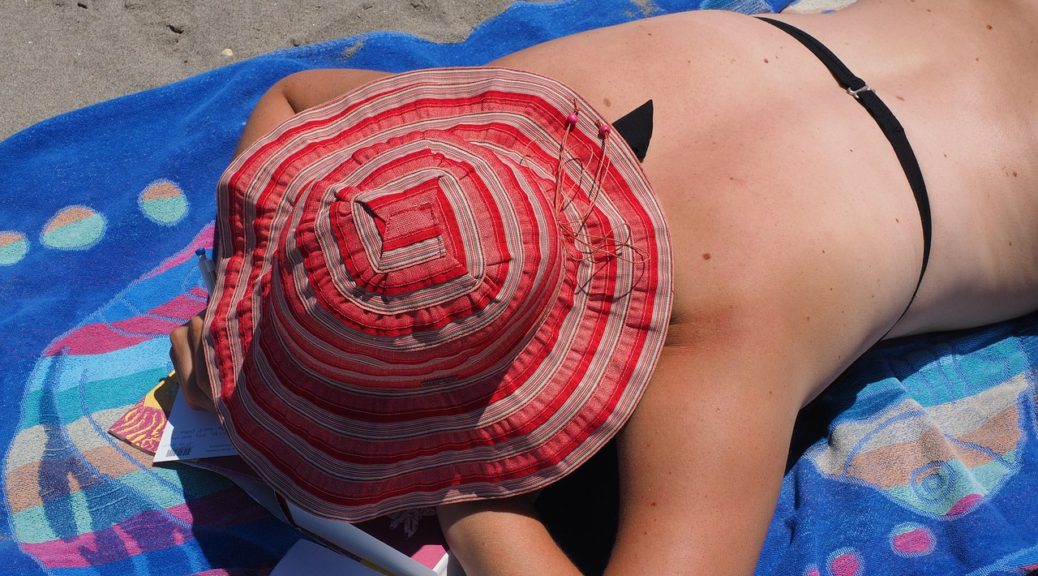 Dr. David Buller, Klein Buendel Director of Research, is a Co-Investigator on a new research project funded by the National Cancer Institute and being led by Dr. Yelena Wu, Principal Investigator, from the University of Utah. Project SHINE (Sun-safe Habits Intervention and Education) is a multi-modal intervention that targets adolescents’ views on the personal relevance of skin cancer and their ability to prevent the disease in order to increase their sun protection use and decrease their intentional tanning.

Project SHINE incorporates action plans, sun damage photographs, and education to teachers and parents in order to build on adolescents’ interest in novelty and need for highly personalized interventions. It also promotes environmental supports for adolescent skin cancer prevention. SHINE is novel in its application of the Extended Parallel Process Model, used in smoking and drug abuse interventions, to pediatric skin cancer prevention. The five-year study will be conducted with 30 high schools and over 10,000 students in 9th or 10th grade health classes. To support the rigor of this research, the project will objectively measure ultraviolet radiation (UVR) exposure among 10% of the sample who will wear a UVR monitoring device for 3-day periods after self-reported assessments.

Dr. Buller is part of a well-established team that includes experts in skin cancer prevention, adolescent health behavior change, dermatology, school programs, and randomized trials. He will provide input on the design and implementation of the study, help develop parent/teacher education materials, and participate in results interpretation and manuscript preparation.

Skin cancer is a significant public health priority. It is the most commonly diagnosed form of cancer, afflicting more than 5 million people in the United States each year. Treatment costs total more than $8 billion each year. Skin cancer is highly preventable if individuals limit UVR exposure by using sun protection strategies, such as sunscreen, hats, protective clothing, and by avoiding tanning. Use of prevention strategies is critical during childhood and adolescence, when skin cells are particularly vulnerable to UVR damage leading to skin cancer. Due to their poor use of sun protection and likelihood to intentionally tan, adolescents, more than any other pediatric group, urgently need efficacious skin cancer preventive interventions. Schools offer the ideal setting to deliver skin cancer preventive interventions to large numbers of adolescents.

Hilton M. Hudson, MD, FACS, of HPC International, Inc. (HPC), is a Co-Investigator on a SBIR Phase II research project with Dr. Valerie Myers (Principal Investigator) from Klein Buendel called, “Pinpoint: Gaming Technology to Engage Adolescent Sickle Cell Patients in Precision Pain Management. The project is funded by the National Institute on Minority Health and Health Disparities (MD010746) at the National Institutes of Health. As an African American, a surgeon, a researcher, and the CEO of a publishing company, the effective management and treatment of sickle cell disease is very important to Dr. Hudson. In fact, HPC is the publisher of two preeminent books on sickle cell disease for the public: Hope and Destiny for adults and Hope and Destiny, Jr. for adolescents.

Dr. Hudson is one of less than 40 board-certified, African-American cardiothoracic surgeons currently practicing in the United States. He is a partner of the Institute of Cardiothoracic and Vein Surgery, LLC in Illinois and serves on the Board of Directors for the Healthcare Supplier Diversity Alliance. During his 25+ years of practicing medicine, Dr. Hudson has also served as Chairman of the Board at Heartland Hospital in Munster, Indiana and as the Chief of Cardiothoracic Surgery at the Franciscan Physicians Hospital in Munster, Indiana.

With respect to his research experience and publications, Dr. Hudson is perhaps best known for authoring and publishing the successful book, “The Heart of the Matter: The African American’s Guide to Heart Disease, Heart Treatment, and Heart Wellness,” in 2000, which has subsequently been revised and translated into Spanish with total collective sales of over 75,000 copies.

In addition to practicing medicine, Dr. Hudson is the President and CEO of HPC International, Inc. (formerly the Hilton Publishing Company, Inc.), which he co-founded in 1996 to publish trusted content that can improve the health, education, awareness and wellness of health disparate and other underserved populations. “Around that time,” recalls Dr. Hudson, “I started practicing medicine as a cardiothoracic surgeon and immediately noticed an unfortunate but quite obvious correlation between the socio-economic, racial and gender status of my patients and subpar health. Patient after patient from these community groups lacked the education to teach them how simple changes to their daily habits and health routines could significantly reduce many of their risks for heart issues and other chronic diseases. I spent a lot of time researching what information was available for patients, and discovered a critical gap — a need for new health literature that would be culturally meaningful, evidence-based and impactful for improving the state of health in our health disparate populations. When multiple publishers declined to publish the book for me, I started a new company to do it myself!”

Born in Indianapolis, Indiana, Dr. Hudson is a graduate of Wabash College in Crawfordsville, Indiana, where he earned a Bachelor of Arts degree with honors in English and Math in 1980. He earned his medical degree at Indiana University Medical Center in 1987. Dr. Hudson then completed his Cardiovascular Surgery Extern at Methodist Hospital and his residency for General Surgery at Boston City Hospital and Boston University Hospital before serving in the U.S. Army Medical Corps from 1992-1998. During his years in the military, Dr. Hudson completed a fellowship for Cardiothoracic Surgery at Ohio State University in Columbus. That was 1994, just two years before he founded HPC.

Dr. Hudson has received many distinguished awards and honors throughout his career, including:

Despite the substantial risk of skin cancer from indoor tanning, it remains popular among older adolescent females aged 14-17 and mothers aged 27-45. The CDC1 and the Surgeon General2 have set a national goal of reducing indoor tanning by teens and public policies restricting indoor tanning are increasing. However, many states still allow minors to indoor tanning, with varying forms of restriction.3

Dr. Buller reported on how the Health Chat program was created, the potential of using social media for research, campaign engagement measures, and initial findings from the 12-month follow-up survey of mothers and daughters. He shared methodological challenges that arose from using Facebook private groups such as Facebook algorithms changing, the inability for participants to share content outside of the groups, and logistical barriers of adding participants to groups. He also shared plans for coding user-generated content,4 including hundreds of comments left by mothers on the Facebook posts. Full results should be published in 2020.

This research was funded by a grant to Klein Buendel from the National Cancer Institute [CA192652; Dr. David Buller and Dr. Sherry Pagoto (from the University of Connecticut), Multiple Principal Investigators]. Co-Investigators include Dr. Katie Baker and Dr. Joel Hillhouse from East Tennessee State University, and Dr. Kimberly Henry from Colorado State University.