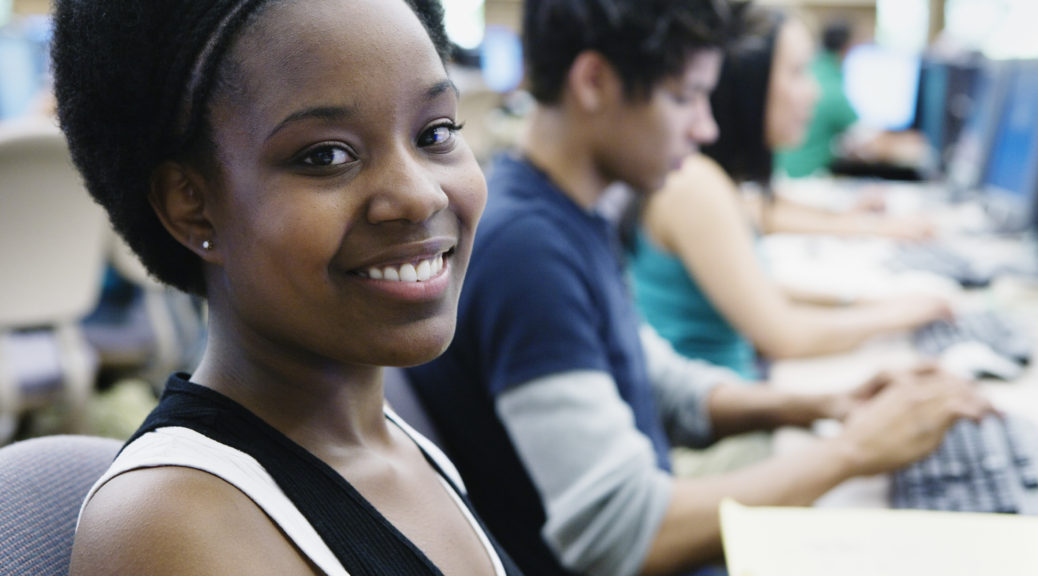 Klein Buendel (KB) Senior Scientist, Dr. Valerie Myers, is the Principal Investigator leading a new research project to improve a self-care and pain management tool for teens with Sickle Cell Disease (SCD). SCD is the most common inherited blood disorder in the U.S. It affects primarily African Americans and Hispanics. Approximately, 100,000 people in the U.S. suffer from SCD and serious, painful complications can have a significant impact on well-being and quality of life.

Using interactive technology accessible on computers, tablets, and smartphones, the Pinpoint app will combine education, healthy living tips, and tools for managing pain through at-home techniques like relaxation, self-reflection, and a better understanding of the different types of pain teens might experience (acute versus chronic pain).

In a Phase I project, an initial prototype of Pinpoint was developed and reviewed. It included a Pain Assessment Tool, vocabulary game, body scanner reflection, educational self-disclosure activity, and excerpts from the Hope and Destiny Jr. book authored by Hsu, Rodrigues, and Brandalise. Four healthcare providers were interviewed on the app’s acceptability and potential function within the clinical practice. Sixteen teens participated in cognitive interviews, focus groups, and usability testing. The System Usability Scale (SUS; Bangor et al., 2011), a validated tool for assessing the usability and acceptability of technological products, served as the primary outcome. The preliminary SUS score well above average, suggesting a high level of acceptability and usability among users.

The full Pinpoint app being developed in the new Phase II study can be used in healthcare settings to reduce barriers in obtaining information from adolescents by using technology they are comfortable with and enjoy using, while also providing important pain data to healthcare teams and family that affect treatment options. By empowering teens with knowledge and enhanced communication skills, Pinpoint can help reduce emergency room visits and assist SCD teens to transition more successfully to adulthood with independence.

The Pinpoint project is being funded by the National Institute on Minority Health and Health Disparities at the National Institutes of Health (MD010746). It is being conducted in close partnership with the Hilton Publishing Company (HPC), the publisher of Hope & Destiny Jr., a leading book for teens on SCD management. Dr. Myers’ research collaborators include Ms. Mary Buller from KB, Dr. Lewis Hsu from the University of Illinois, Mr. Allan Platt from Emory University in Georgia, Dr. Gary Cutter from Pythagorus, Inc. and the University of Alabama at Birmingham, and Dr. Hilton Hudson from HPC. KB’s developers will design and program the Pinpoint app.

Since 2012, nine U.S. States and the District of Columbia (DC) have legalized recreational marijuana, and several other states are looking to follow suit in coming years. At the outset of the legalization of recreational marijuana, the U.S. Department of Justice (DOJ) informed these states that they must put robust constraints into place that prevent youth access to marijuana. To accomplish this DOJ objective, Dr. David Buller and Dr. Gill Woodall from Klein Buendel (KB), and their co-authors created Train To Tend, an online responsible marijuana vendor (RMV) training program that aims to provide retail marijuana staff with the knowledge and skills they need in order to sell marijuana responsibly, and keep their communities safe. In a recent e-publication in the Journal of Public Health Management and Practice, the authors report the results of the implementation and evaluation of Train To Tend and what these results could mean for future research and policy.

Train To Tend was created with input from state regulators and local law enforcement personnel, curriculum standards published by the Colorado Marijuana Enforcement Division, interviews with recreational marijuana store personnel (n=15), and usability testing of a prototype training with store personnel (n=19) in Colorado and Washington State. Of all the input from these various stakeholders, retail marijuana store personnel reported that comprehensive training in responsible sales practices was uncommon in the industry. Coupled with the DOJ objective of preventing youth access to marijuana, this finding demonstrated a need for RMV.

Once all stakeholder input was reviewed, Train To Tend was created, and the training ultimately contained five modules: state laws and regulations, ID checking, health effects of marijuana, customer service practices including recognizing intoxicated patrons, and rules of the trade.

In a randomized controlled trial, the training was tested using a random sample of state-licensed recreational marijuana stores (n=225) in Colorado, Oregon, and Washington State. One hundred twenty-five stores were randomly selected to receive Train To Tend, while the remaining 100 stores received the usual and customary training in their state. In total, 420 store employees completed Train To Tend in 2017 and 2018. Pre- and post-training surveys were administered to Train To Tend trainees to gauge their perceptions of self-efficacy toward RMV practices, as well as their ratings of usability for Train To Tend.

Results revealed that the training improved trainees’ ability to check IDs, use their state’s inventory tracking system, and spot intoxicated customers. Also, most trainees felt very confident using the training, rated the training as user-friendly, and thought that the information and skills learned in the training would help keep their communities safe.

Overall, trainees’ improvement in confidence to engage in responsible sales practices, as well as the high levels of usability for Train To Tend they reported, suggests that programs like Train To Tend are feasible and potentially effective at training staff in recreational marijuana markets. In addition, this randomized-controlled trial provides a solid foundation upon which future research into RMV trainings can be built. This type of research is imperative to ensure the safety of customers that live in early-adopting recreational marijuana markets like Colorado, Oregon, and Washington State. By conducting research like this when recreational marijuana legalization is in its early stages, many unforeseen problems can be mitigated before they grow too large, and ultimately the public can be kept safer.

WayToServe®, an evidence-based online responsible alcohol server training program, has achieved a significant milestone by surpassing 75,000 completed trainings. The program, developed by scientists at Klein Buendel, Inc. (KB), the University of New Mexico (UNM), and the Pacific Institute for Research and Evaluation, was initially evaluated in a controlled randomized trial that resulted in increased refusal of sales to intoxicated patrons. WayToServe® was then transferred from its research phase to commercialization in 2012. It was licensed to Wedge Communications LLC for marketing and distribution initially in New Mexico for training of on- and off-site alcohol servers.

Additional state-specific versions of WayToServe® have been created that conform to the Responsible Beverage Service curriculum requirements of the State of California, the Texas Alcoholic Beverage Commission, Washington State Liquor Control Board, and Oregon Liquor Control Commission. WayToServe® is now sold in California, New Mexico, Texas, and Washington. The Spanish version, WayToServe Español, is scheduled to be tested in New Mexico and Texas later this year.

Commenting on the milestone achievement, Dr. David Buller, KB Director of Research and WayToServe® Co-Investigator, said “Plans are underway to refresh the entire online training for the next 75,000 servers to learn to sell alcohol responsibly and keep their customers and communities safe.” 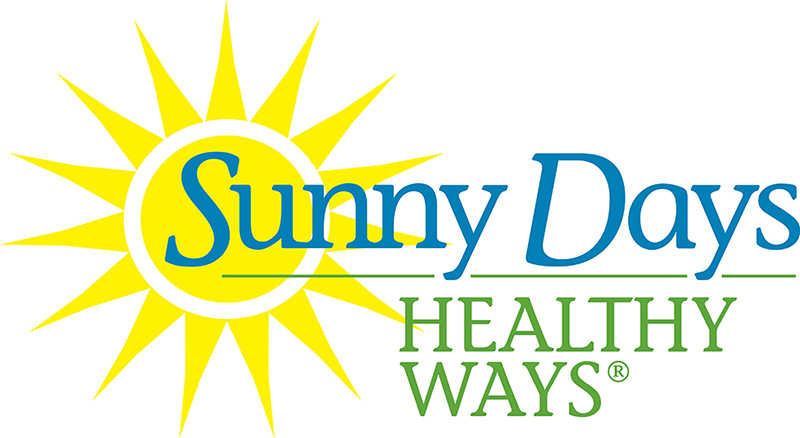 Sunny Days Healthy Ways, an evidence-based sun safety curriculum that provides sun protection education for grades K-5, is now available free online by its authors at Klein Buendel, Inc. Schools can use the curriculum to fulfill the school-based goals of the Surgeon General’s Call to Action to Prevent Skin Cancer.

“I was inspired to remove any barriers to schools having access to the curriculum by previous Surgeon General Dr. Boris Lushniak’s impassioned presentation at the 4th Annual Conference on UV and Skin Cancer Prevention,” explained Mary Buller, President of Klein Buendel.

Skin cancer is the most common cancer in the U.S. and is increasing at an alarming rate. Even though skin cancer occurs mainly in adults, much of the damage was likely done during childhood. Long periods of unprotected sun exposure and severe sunburning as a child can lead to skin cancer and eye damage later in life. Good health habits started in childhood are more likely to last a lifetime.