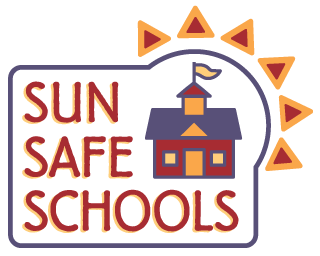 The Centers for Disease Control and Prevention (CDC) and U.S. Surgeon General have advised the nation’s schools to adopt and implement sun protection policy to reduce children’s exposure to solar ultraviolet radiation to prevent skin cancer. A total of 118 elementary schools from 40 California public school districts that had adopted a school board-approved policy for sun safety were recruited and the principal and a teacher at each school reported on school sun protection practices at baseline and posttest.

Half of the schools were randomly assigned to receive the 20-month Sun Safe Schools intervention, delivered by trained Sun Safety Coaches who met with principals, described the district policy, helped them select and plan implementation of sun safety practices, and provided support and resources matched to the principal’s readiness to implement practices based on Diffusion of Innovation Theory. Control schools received a minimal information treatment containing basic school sun safety information from the CDC, the National Association of State Boards of Education, and U.S. Surgeon General. 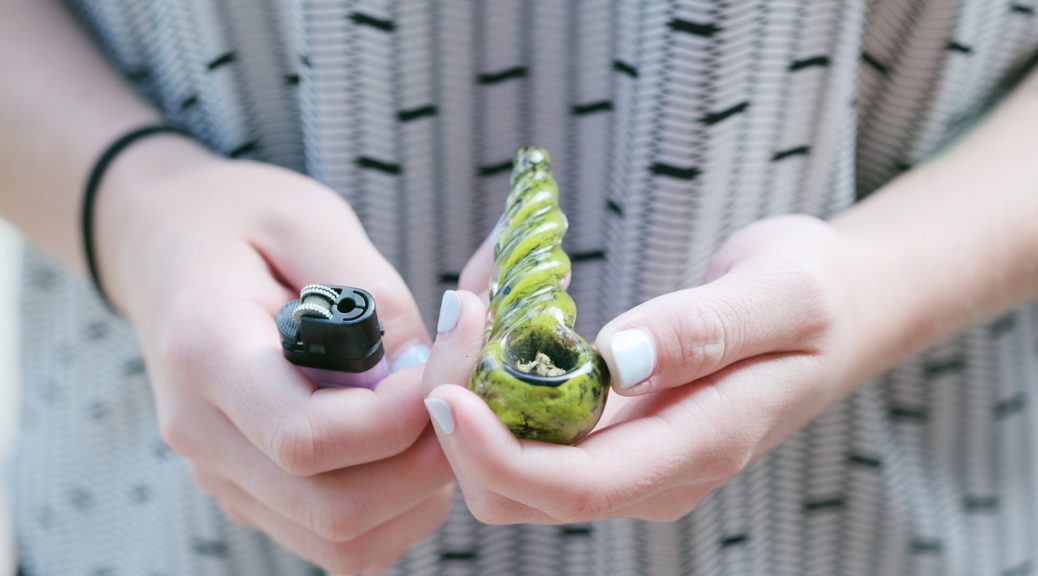 Marijuana laws are changing rapidly in the United States, which poses potential challenges for parent-child communication about avoiding marijuana use during adolescence. Klein Buendel Research Program Manager, Julia Berteletti, presented insights from a Facebook-delivered intervention and randomized trial with mothers and teen daughters at the 40th Annual Meeting and Scientific Sessions of the Society of Behavioral Medicine (SBM), March 6-9, 2019 in Washington, DC.

Baseline survey responses, a sample of posts on preventing marijuana use, and comments were analyzed for understanding mothers’ and daughters’ marijuana use and beliefs about marijuana. The research was testing mothers’ engagement with a social media campaign on adolescent health delivered via private Facebook groups. The sample was comprised of over 800 mothers with adolescent daughters aged 14-17 from 34 U.S. states. As the primary trial purpose was to prevent indoor tanning, eligibility included residing in one of 34 states without a complete ban on indoor tanning for minors. Of these states, 15 have legalized medical marijuana sales, three have legalized medical and recreational sales, and 16 have not legalized sales of marijuana.

Facebook comments supporting marijuana use from mothers pertained to benefits of cannabinoids over opioids and providing daughters with information to make their own choices, for example. Negative comments included adverse effects on developing brains, lack of research, and dangers of it being “laced” with other drugs. Mothers also shared reasons to say “no” and how to discuss long-term effects with their daughters. 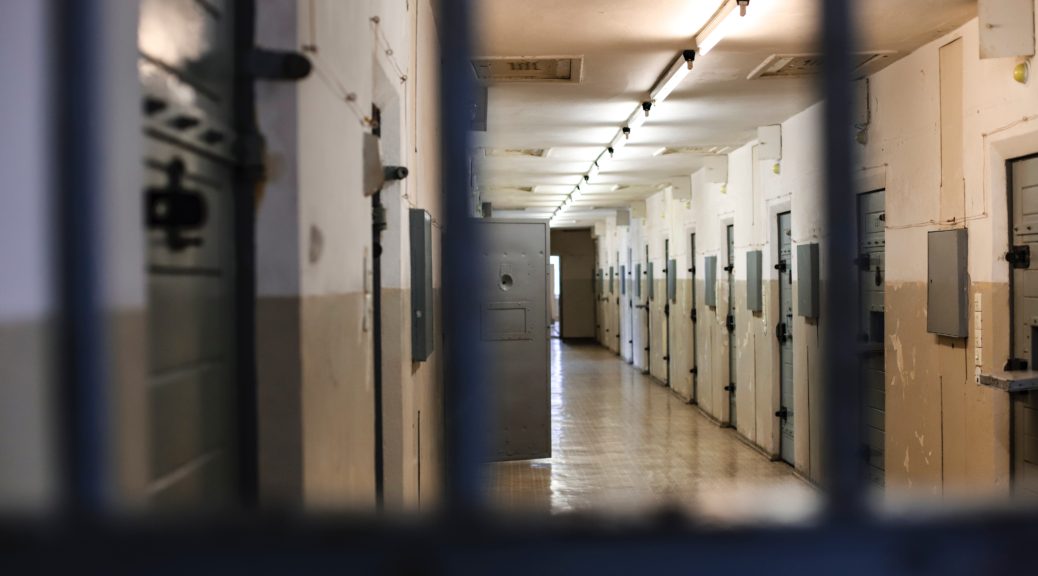 The United States has an incarceration rate of 655 people per 100,000, making it the highest globally. The older adult segment of the prison population has more than tripled since 1990 and their health issues are comparable to those of free people who are 10-15 years their senior. Inmates over the age of 55 have a death rate that is 10 times that of prisoners aged 25-34. United States prison systems are facing increased demands in caring for aged and dying inmates. A systematic review revealed that inmate peer caregivers can figure prominently in delivery of EOL care in prison. However, the degree of training received by inmate peer caregivers varies widely.

The lack of consistent training points to a need for evidence-based, current, and readily accessible training for this population to mitigate the growing need for EOL care in United States prisons. In response to this need, the E-training of Inmate Peer Caregivers for Enhancing Geriatric and End-of-Life Care in Prisons project, will demonstrate the scientific merit and feasibility of developing cutting edge, media-rich learning modules to train inmate peer caregivers in geriatric and EOL care. The aims of the project are to: (1) transform best practices in inmate peer caregiving into a comprehensive training program that consists of media-rich and highly interactive computer-based learning modules for providing geriatric and EOL care to their peers; and (2) conduct in-person usability testing of the media-rich and highly interactive web-based prototypes with inmates who are currently Mental Health Peer Support Specialists (that is, prisoners who are experienced caregivers, but naïve to geriatric and EOL care) and prison staff to evaluate the user interface, ease of use, and perceived barriers in order to refine and optimize the product.

Focus groups were conducted with three different groups, inmates, IT staff, and interdisciplinary staff, at a men’s and a women’s state correctional institution to inform content and program development of the training modules. Focus group participants prioritized the Universal Precautions, Loss/Grief, and Role of Inmate Caregivers in the Final Hours modules. These modules will be programmed and tested in state prisons in a mid-Atlantic state. The System Usability Scale, a validated tool for assessing the usability and acceptability of technological products, will serve as the primary outcome.

This research was funded by a Small Business Technology Transfer (STTR) grant to Klein Buendel from the National Institute on Aging at the National Institutes of Health (AG057239; Dr. Susan Loeb, Principal Investigator) and Dr. Valerie Myers, Co-Investigator. Additional collaborators on the work presented at the conference include Dr. Erin Kitt-Lewis, Dr. Rachel Wion, and Julie Murphy from the Penn State University College of Nursing, and Tiffany Jerrod and Morgan Carter from Klein Buendel. The technology-based modules are being developed by the Creative Team at Klein Buendel.

Research projects have various moving parts throughout their lifespan needing to be completed within a certain time frame and budget as outlined in the grant awarded. Project management skills are crucial in ensuring all phases, tasks, and logistics of a research project are organized and completed within deadline and scope.

The workload of a project is driven by how each aim breaks down into a phase, each with its own specific deliverables to be fulfilled and unique timeline to be met. As each phase of a project moves forward, the responsibilities are often compounded due to overlapping timelines, creating an increased need to think ahead and utilize efficient multi-tasking and organizational skills.

Communication is a key component to ensuring a smooth flow of the deliverables throughout the project. All personnel on a project need to maintain the same vision and goals. This can often be accomplished using regular meetings, phone calls, emails, and reports. Beyond the regular means of communication, a more comprehensive system such as project management software can be used to keep track of deliverables and deadlines.

Klein Buendel Research Program Manager, Julia Berteletti, organized and participated in a research project management Pre-Conference Workshop at the 40th Annual Meeting and Scientific Sessions of the Society of Behavioral Medicine (SBM), March 6-9, 2019 in Washington, DC. Co-presenters included Jessica Bibeau and Jared Goetz from the University of Connecticut, and Kim Massie from Chapman University in California. The presenters have been coordinating multi-site research projects from coast-to-coast with each other for several years. Ms. Berteletti explained, “Our projects run on effective partnerships. Facilitating teamwork is one of my favorite parts of my job. It meant a lot to me for us to share our methods for effective collaboration and project management with other research teams.”

The SBM seminar provided a guide for managing a research project using a project management approach which included: (a) understanding the scope, (b) setting goals, (c) considering the costs, (d) implementation (intervention/data collection), and (e) close-out. A hypothetical project was used to present each part of the approach. Team organization, communication, important considerations, timelines, charts, and reports were reviewed to aid in organization, and project management software ideas were provided along with a tutorial of the Basecamp software.