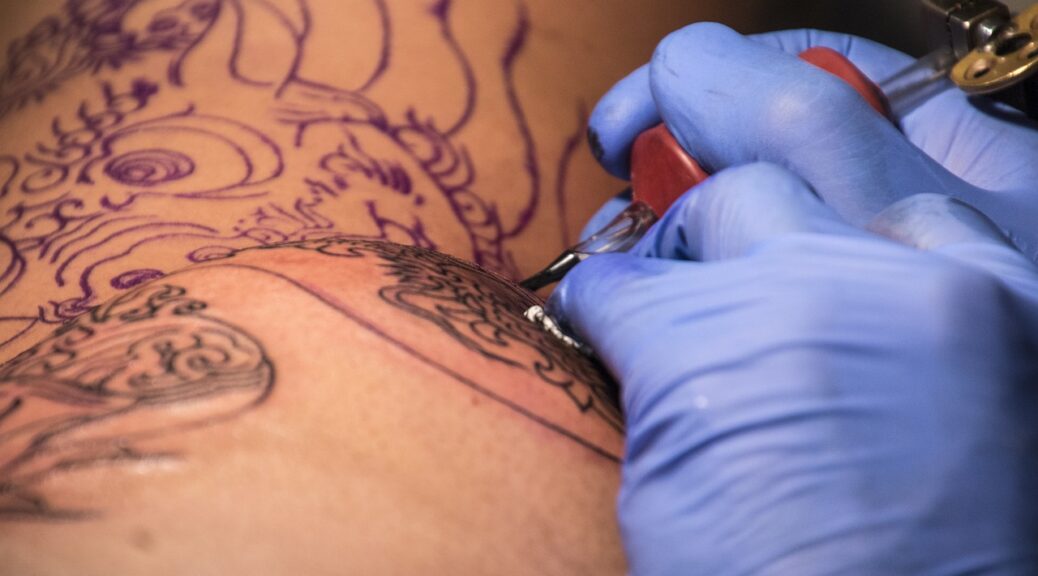 Klein Buendel Senior Scientist, Dr. Barbara Walkosz, is a co-author on a recent publication in the Dermatology Online Journal. In the manuscript, Dr. Walkosz and her co-authors discuss how scented lotions may cause scaring, premature aging, and fading of tattoos.

Tattoo aftercare instructions are often provided to clients after receiving a tattoo. However, aftercare instructions can vary by studio and are often not universal or supported by research. The authors examine a case study of a man with no pre-existing skin conditions, family history, allergies, or other factors, who developed a rash on his new tattoo. Upon questioning, it was discovered that the client had applied a scented lotion to the new tattoo, at which point he began to experience problems with scabbing and fading tattoo ink.

The authors provide a case discussion about how the use of a scented lotion may have caused a negative, adverse reaction to the new tattoo and discuss the importance of treating a new tattoo as flesh wound. The full discussion and conclusion can be found in the publication.

WayToServe was created by scientists and developers from the University of New Mexico, the Pacific Institute for Research and Evaluation, and Klein Buendel. The engaging, media-rich program was initially evaluated in a controlled randomized trial that resulted in high trainee satisfaction and increased refusal of sales to intoxicated patrons. WayToServe was licensed to Wedge Communications, LLC and launched into the online marketplace in 2012. To date, WayToServe has been tailored and approved for sale and certification of trainers in California, Texas, Washington, and New Mexico.

To meet the needs of Spanish-speakers, Klein Buendel is currently testing a companion program, WayToServe Español. “WayToServe Español es muy importante! It could help saves lives,” said Dr. W. Gill Woodall, the project’s director. The unique Spanish-language training program will be on the market in 2021.